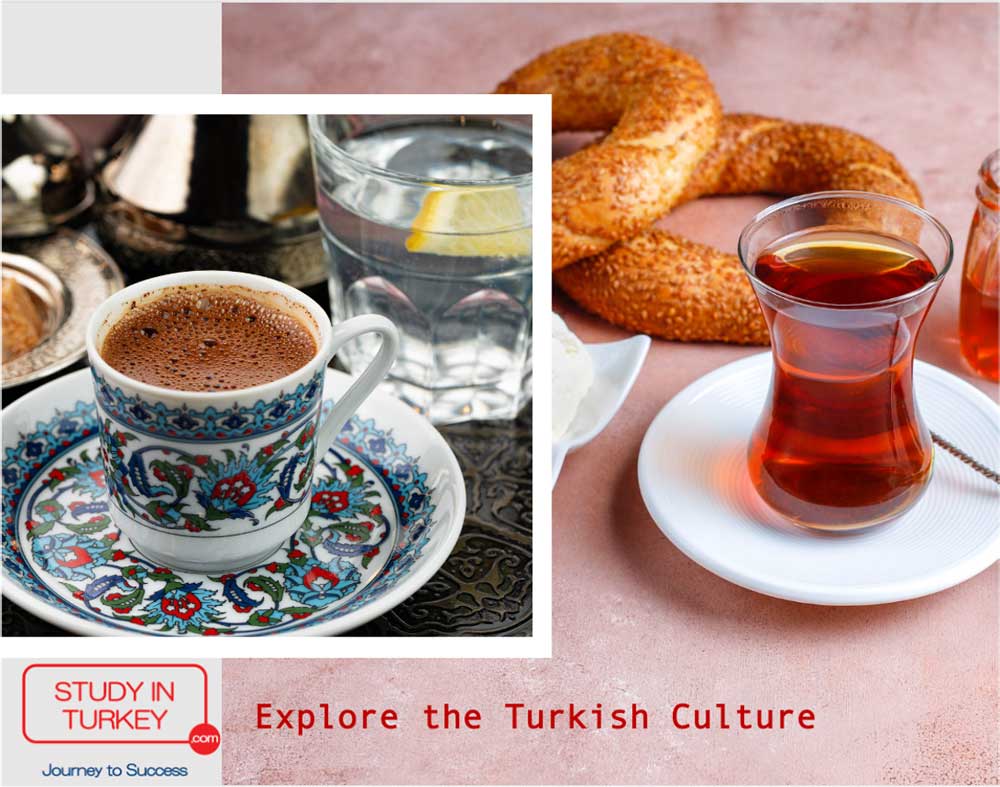 Due to its geographical position between the East and West, surrounded by seas on three sides, Turkey has always been the center of great trade, silk and spice, routes. Today, even in the most isolated corners of the country, the traces of different cultures and civilizations can easily be seen. Turkish culture throughout the country represents a multilayered and multicultural past, with a clear intention of integrating modern thought and influences into the literature, fine arts and architecture created here.

Present-day Turkey was founded in 1923 as an offspring of the multiethnic and multilingual Ottoman Empire, ruled by religious laws. After the Ottoman rule, secularism was established for separating religious and state affairs. The Latin alphabet replaced the Arabic script and women were given the right to vote and to be elected as members of parliament. These reforms as well as many others in all aspects of social life put Turkey on the track towards the thoroughly modern country that it currently is.

Yet Turkish culture in many ways represents a continuum that bridges past and present. The Turks have inherited and developed vast understanding both from their eastern and western past. All these heritages, Eastern or Western, Asian or European intermingle in the civilization of modem Turkey. Today, Turkey embodies both Eastern and Western cultures in one incredibly heterogeneous culture. Her role on the world stage as an arbiter of cultures has never been more relevant or more promising.